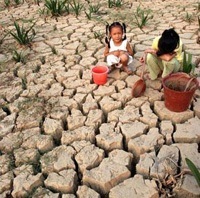 As COP17 kicks off in Durban, the celebs have checked into their luxury hotels, the rhetoric is coming thick and fast, but what can we really expect?

With over 11 810 official delegates from 194 countries attending the talks, as well as an untold number of protesters here to make their feelings known, the next couple of weeks should be interesting for all. Delegates are expected to include several heads of state and government, ministers, UN officials, members of civil society and journalists.

Security has been beefed up around key hotels, including the Oyster Box, Beverly Hills and Hilton, and the area around the ICC is a virtual no-go zone, with traffic being diverted and all pedestrians being carefully monitored.

Greenpeace executive director Kumi Naidoo has called for the South African Government to show leadership in this situation, as well as requesting a commitment of R1.2 trillion to act against climate change. Developed countries have committed to $100 billion a year by 2020, which will be used to “wean the world off its fossil-fuel addiction by investing in renewable energy sources”.

The UN’s top official on climate change said there were two very important backdrops to the next fortnight’s negotiations.

“The first has to do with a growing momentum for action… and the other is the new research and the findings that are sounding alarm bells for urgent action.”

She said governments had come to COP 17 “fully aware” of the importance of this treaty and the expiry of its current commitment period at the end of next year.

Many observers believe COP 17 is unlikely to agree on a second commitment period, and say that in this regard laying a foundation for it to happen is the likely outcome. Some say this could take up to 2020.

Scientists warn that any delay would make restricting warming to an average global increase of two degrees Celsius, or less, extremely difficult – if not impossible. Anything higher than two degrees is likely to cause extreme changes to the world’s weather patterns.

A recent assessment by UNEP, titled “Bridging the Emissions Gap”, warns that pledges by countries to reduce greenhouse gas emissions fall way short of what was required.

With all the talk of climate change and increasingly unpredictable weather patterns, it seems apt that the conference be preceded by one of the strongest storms Durban has seen in some time.