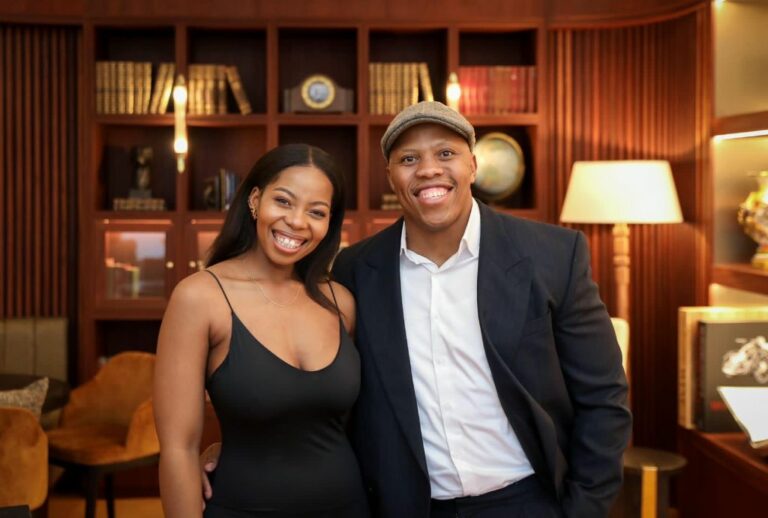 It’s hard not to gush about the swish Pencil Club, one of the most talked-about venues in Durban.

For those who don’t know, the Pencil Club occupies the top two floors of The Arch which has 360-degree floor-to-ceiling views of the sea, city, uMhlanga and inland.

It’s a design and decor fest that elegantly combines establishment, art deco and modern – a symphony of style that is tasteful but not stuffy.

The club grew out of conversations between property and destination boffs Renzo Scribante and Marc Rosenberg. In a nutshell, it’s a venue with super aspirational appeal that some say will put Durban on the map among jet setters, and includes a lobby with slick concierge that leads to lounges, a restaurant, ballroom, library, boardroom and half a dozen beautifully appointed meeting rooms.

From the muted lights in the cigar bar to the emerald tiles in the bathrooms to the starched aprons of the waitrons and the spectacular artwork – everything is meticulously curated. It is wood, modern lines, oval curves, marble and velvet that come together in an ensemble that demands you linger. Oh, and there is a rooftop pool.

The Pencil Club is modelled on clubs like The Arts Club in London, Soho House Globally, and a collection of member clubs in Europe, the US and India.

GM Albert van der Westhuizen racked up an impressive resume working in hospitality around the world. He has a tourism degree from UCT, worked on luxury yachts, and travelled to 55 countries in five years catering to the rich and famous. He has managed dozens of hotels and hospitality businesses in Africa, Europe and Asia.

“The Pencil Club is a place of collaboration that lays the foundation for networking like-minded individuals. Our members range from corporate executives to entrepreneurs to retirees. We create a space to change the narrative about Durban.

“The Pencil has three components: graphite, cedar and the ferrule, each manufactured in different parts of the world. The fusion of those three requires collaboration around a tool that has endless possibilities that can change the narrative of the future. Leonard Read wrote an essay called The Pencil, which was our inspiration.”

What Pencil members have to say about their favourite club