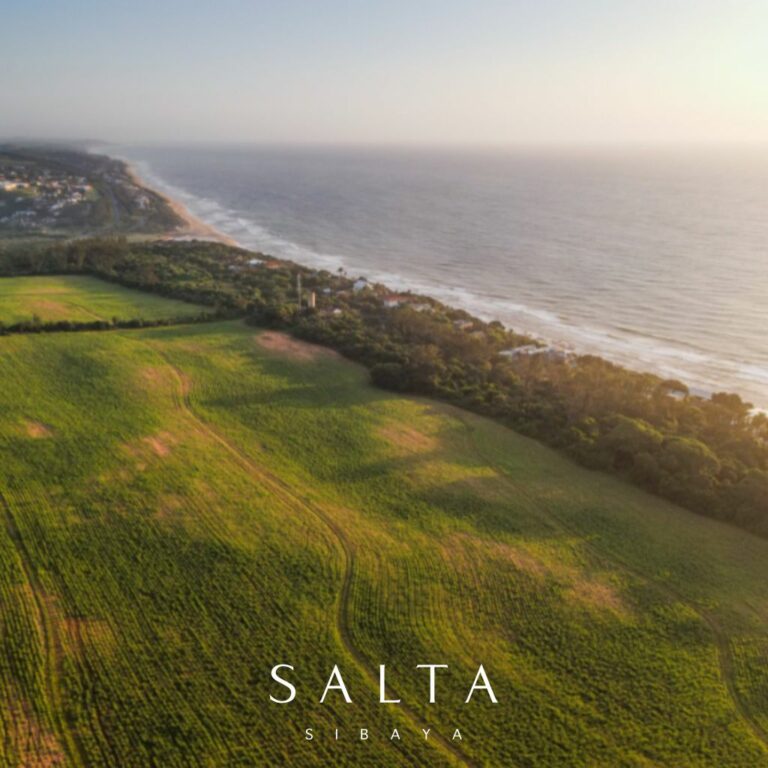 The property sector may have faced challenging times in the last year or two, but there is a ray of optimism according to the experts. Shirley le Guern reports.

Covid-19, looting, trade issues, load shedding and rocketing fuel prices have rocked the economy this year – yet, both the residential and retail property markets remain buoyant, according to property experts.

A debate that began a few months back when First National Bank (FNB) hosted local property gurus at a dinner at the Oyster Box revealed some surprising positives during an apparently bleak year.

Beachwood Golf Course has been sold. Most properties to be developed there – priced at around R20-million – are already spoken for, mirroring the unexpected success of Phase 1 of Salta Sibaya which sold out in just six weeks during the hardest of lockdowns.

Further new developments are in the pipeline while many others are emerging. The fate of the controversial Virginia Airport site could even be decided during 2022.

“Growth north of Durban is a long term given. That’s where the Gauteng semigrants go as well as large numbers of Durbanites who are moving from suburbs to more secure, gated estates,” said FNB economist and property strategist, John Loos.

He noted that significant political and economic shifts were coming and that South Africa was close to its “Margaret Thatcher moment”.

In August, Loos said the interest rate cycle that had reached new lows and probably sparked a residential property buying spree during Covid, had bottomed out. A small interest rate hike followed and he now says further increases will follow in 2022 and 2023 despite the Reserve Bank’s awareness of a fragile economy.

Despite this, property investors remain upbeat with many speaking of “sweet spots” aplenty. One is social and gap housing in the R600 000 to R900 000 bracket, another is luxury estates. Empty nesters are relocating, new buyers are spending and a wave of new divorcees post-Covid are purchasing new homes.

“One of the specific attributes that makes humans survive is adaptability. The demand for social and gap housing seems to be insatiable. There’s an opportunity in taking what is one man’s poison and making it your food. The ability to see the good and exploit that, is where the opportunities are,” he said pointing to the stirrings of an economic uptick.

Although Loos believes the Covid crisis has been exaggerated, he is less upbeat. During a FNB quarterly property market briefing at the end of November, he said there were indications that the much-anticipated economic recovery “was stuttering” and that it could take a further two years for South Africa to return to 2019 growth levels.

But what Covid did, Loos said, was change lifestyles which would have a long-term impact on both residential and retail property.

“Initially, we were nervous. But that has subsided. Vaccines are rolling out and people don’t necessarily want to avoid public places anymore. What is important is that Covid has forced a lot of late adopters to embrace technology.”

That means the work-from-home trend that was growing even pre-lockdown would continue and demand for ever closer retail outlets would gather pace. The fact that retail outlets are now being located inside estates such as Salta Sibaya is a natural progression.

Retail, in general, was far from down and out it emerged.

Vanessa Blevins, centre manager at La Lucia Mall, said there had been a rebound in retail with the spend per head up by about 30 to 40%.

Feysel Potgieter, general manager, Gateway Theatre of Shopping, added: “We’ve seen waves of both positive and pressurised trading conditions in 2021. On the upside, however, more stable trends are emerging alongside increased consumer confidence. Gateway is seeing far more encouraging results from the latter half of the year, paving the way for a potentially successful festive season and making business owners optimistic about 2022.”

FNB Commercial Property Finance’s KZN regional manager, Malusi Mthuli, said that the time lag for rebuilding of properties such as Bridge City and the Springfield Value Centre could be between two to three years. Shoppers had relocated to so-called survivor properties where demand for space was strong and tenants were benefitting, resulting in healthier rental earnings for landlords.

Nazrana Premlal, retail leasing manager at Growthpoint, said looting had also reversed a situation where landlords were not listening to struggling tenants. Now, there is negotiation to keep shops occupied.

Where fallout from Covid and political volatility is impacting most is office space where vacancies continue. Companies would continue to downsize, said Loos.

He suggested that vacant commercial space in upmarket nodes such as Gateway and uMhlanga could even be converted into residential accommodation.

“A worst-case scenario is that they end up like the inner city CBD’s. But I’m not predicting that. Hopefully, we’ve learnt a lot of lessons from previous decades,” he said.

Yet, only a limited amount of residential conversion can be done at current property values.

“The income demographic may change followed by the retail offering. I don’t think that high income, skilled workers will see the appeal of living in high-density apartment blocks when they are going to spend less time in the office. The selling point for luxury apartments a few years ago was avoiding traffic and walking to work. Now the walk to work is from the bedroom to the home office or lounge,” he pointed out.

Already apartments are shrinking in size according to developers like Chico Premji of Trapezoid. Price escalations and shortages of building materials were forcing investors to reduce the size of apartments and increase the number of units to make developments viable.

This also compensated for stagnant apartment prices over the past two years.

The good news was that these smaller apartments would act as springboards for first-time buyers to move up the property ladder, he said. The end result was that, although the property market remained volatile, there was still something for everyone.

Is this for Real?