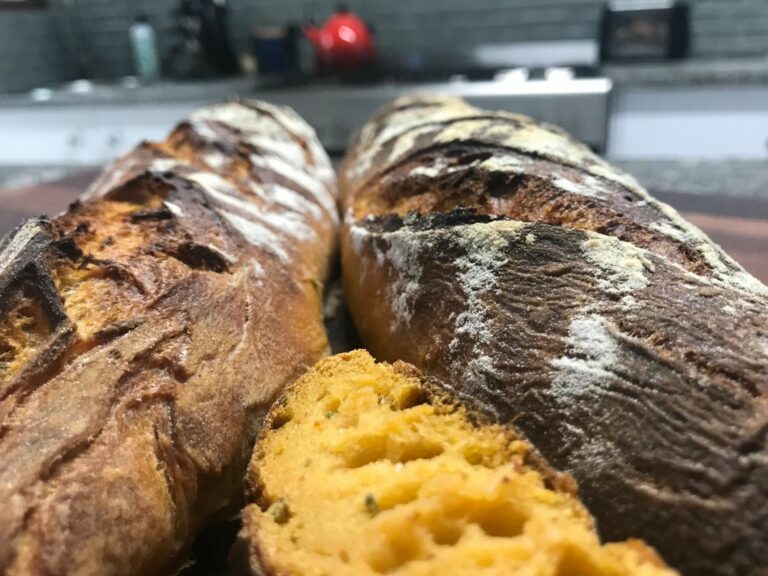 Few aromas can match that of bread being baked. In fact, it’s regarded as a powerful trigger, with some supermarkets “manufacturing” the smell to encourage shoppers to spend more.

However, while the heady scent can tantalise our taste buds, the proof is in the eating. To this end, Durban North baker Stuart Armit is rapidly proving his worth as a creative baker offering a range of delicious artisanal breads – all available in our neck of the woods.

“A strong, healthy starter (ferment) is vital for crafting great bread,” agrees Stuart who was an engineer before being bitten by a baking bug. “The wild yeasts, bacteria and time work together with delicious effect. I named my starter Higgins after the butler in the TV series Magnum. It’s ironic that I spend a lot of time looking after him, having nearly lost him twice!”

Stuart’s most popular breads include ciabatta and sourdough, “They’re good with all meals, and make fantastic, crispy, chewy toast. My own favourite is my classic French baguette made with golden syrup and yeast. Think BLT or sausage and mustard! Then there’s pain de campagne, a French country sourdough, the star of its own show, and best enjoyed with a glass of good wine.”

“I’m constantly experimenting with new ideas, most of which end up at my table at uMhlanga Farmers’ Market on Wednesday mornings. I’ve recently made an orange sweet potato and rosemary sourdough. I steam the sweet potatoes and use the pulp in place of water resulting in a soft delicious loaf, the rosemary raising it to the next level.”

For a wine pairing at Buxton’s Wine Store, Stuart created a mouth-watering marbled baguette. “It consisted of two separate doughs; one had dark chocolate chips in a vanilla-infused dough, the other cocoa enriched, loaded with roasted walnuts.”

Stuart named his business Delicious Monster Cafe as he plans to take to the road in a mobile cafe.