Calm but Still Susceptible to Sabotage 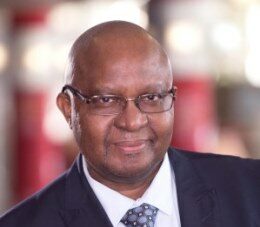 Professor Bonke Dumisa, an independent economic analyst, believes the people who deliberately sabotaged the N3 route will stop at nothing to sabotage the South African economy.

KwaZulu-Natal, recovering from the unrest, has to uphold the rule of law rather than allow criminal impunity, writes Professor Bonke Dumisa.

“Ngeke ngiye KwaMashu, ngesaba amavolovolo” is a Zulu song that black students loved to sing on their school trips, which simply means, “I will never go to KwaMashu, I am afraid of guns”.

That song was composed by whoever because of the notoriety of KwaMashu Men’s Hostel for gun-related violence, which involved the men’s hostel residents being used by the apartheid regime and its sympathisers against township residents who were known for their resistance to apartheid oppression.

This is the song that came to my mind about what goes through the minds of potential investors who may be contemplating investing in KwaZulu-Natal after the well-orchestrated criminal economic sabotage that was carried out with militaristic precision in July 2021.

There have also been sporadic well-orchestrated blockages of the N3 highway between Gauteng and Durban, which can readily be linked to the same “Radical Economic Transformation” forces that were actively involved in the July 2021 riots.

The July 2021 criminal economic sabotage cost the South African economy well over R100-billion in both direct and/or indirect costs. Some of you may be puzzled by this high figure I have quoted here, given that many figures have been bandied about ranging from the lows of R10-billion to the highs of about R32-billion. However, what most of these figures do not include are the costs incurred by many businesses that did not report to those collating this information. Most of these estimates also did not cover the costs covered by SASRIA and other insurances; nor did they include the direct total cost of the blockage of the N3 route for many days. These estimates also did not cover the real opportunity costs incurred by the looted or burnt businesses while they were not in operation.

Over 350 black lives were lost during the July 2021 riots – and you cannot put a monetary value to each of those people who were unnecessarily killed or died during that mayhem; let alone the serious damage to the race relations in the province. In addition, roughly more than 100 000 jobs were directly and/or indirectly lost, temporarily and/or permanently during and due to the riots.

Former President Jacob Zuma’s Stalingrad tactics against the rule of law continue. Given that the supporters of Jacob Zuma will stop at nothing to engage in acts that disrupt and/or destroy the South African economy as a way of showing their anger, it is thus highly probable we will continue to see what we saw in July 2021 as Mr Zuma’s Stalingrad brushes with the rule of law continue. They are not about to end.

Under the circumstances, KwaZulu-Natal must be realistic. Many prudent and cautious investors may as well avoid investing in this province until there is genuine political will and political appetite to take the side of the rule of law, instead of cosying up with those who undermine it.

Professor Bonke Dumisa Dusa is an independent economic analyst. Contact him on bonke@dumisainvest.co.za