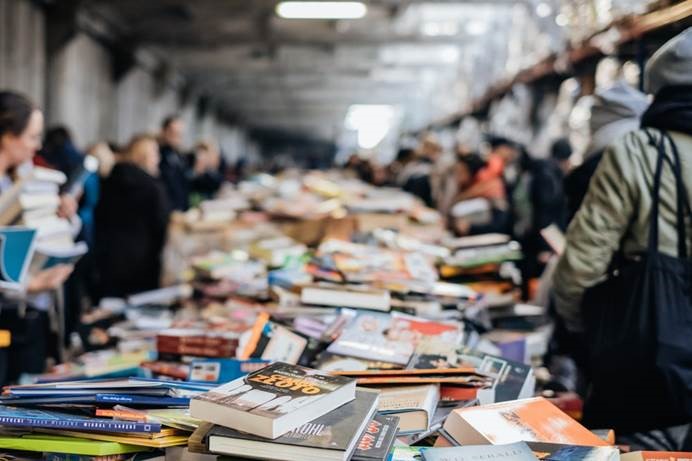 Spread the Word! Those who delight in the written word are in for a treat when the Durban International Book Fair (#DIBF2022) convenes at Sibaya Casino & Entertainment Kingdom from Monday, 01 to Friday, 05 August 2022. The week-long book fair has been themed “Unlocked & Unleased” and pays tribute to the storytellers keeping the word alive with a special focus on women in literature, the promotion of indigenous languages and academic publishing.

More than 100 writers from all over the country will be in attendance and it will be a bookworm’s paradise with more than 25 new book launches and plenty of new literature to consume.

#DIBF2022 is hosted by the Durban Book Fair which is a non-profit organisation established as a civil society initiative in support of Africa’s only UNESCO city of literature. It was launched in July 2018 to commemorate the birth anniversary of Nobel Laureate, Nelson Rolihlahla Mandela and to promote reading especially among children. The Durban Book Fair has since convened monthly book fairs at Mitchell Park, Durban townships and online. No fewer than 300 local authors have used the Durban Book Fair platform to launch or promote their books.

Anivesh Singh, Co-Founder of the Durban Book Fair, “We have a jam-packed programme during which people will be able to meet renowned authors such as Joanne Joseph, Niq Mhlongo, Cheryl Roberts and Hamish Kyd. If you don’t already know these people, or are a fan, come and met them face-to-face.” For example, meet Zainul Aberdeen when he launches his new book Phoenix Buses at 20h00 on August 01, and get your copy autographed.

Visitors can look forward to engaging with fellow readers, creatives, authors, academicians, literacy NGOs, language promoters, and publishers against the backdrop of green hills and the Indian Ocean.

Among the offerings is a talk by Alicia Ramdharee, author of Orphaned by Suicide and Glynis Horning, author of Waterboy. These two writers will be discussing mental health in a session hosted by the South African Depression and Anxiety Group.

“We are also constantly adding to the line-up, so there is sure to be something for everyone!”

In 2017, Durban was honoured by the United Nations Educational, Scientific and Cultural Organization (UNESCO) as Africa’s first City of Literature and is one of only eight cities in the world bestowed with this literary designation.

There is no cost to attend the event but bring money to purchase your new reading material. If you require further information, email admin@durbanbookfair.co.za  or visit www.madeindurban.co.za

It will certainly be well worth taking some time off work for book lovers, and you can add to your collection of signed local work.

On at The Oyster Box Hotel

Sistas Exhibition at The Gallery