From Bar to Boardroom 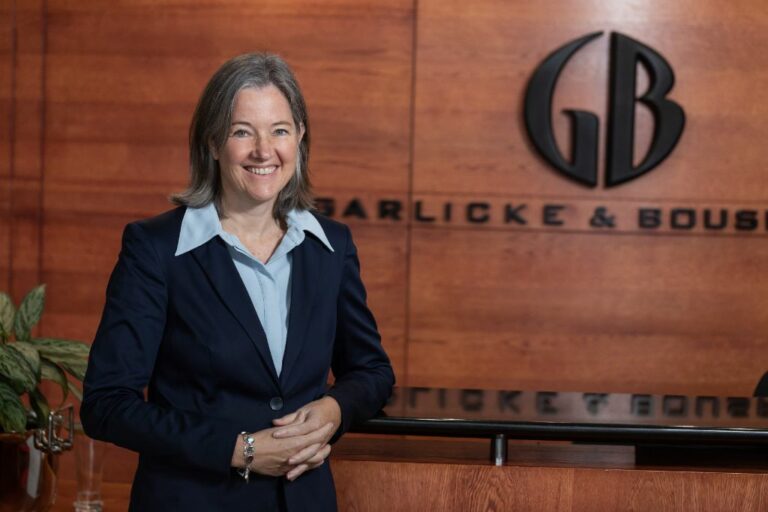 Garlicke & Bousfield’s newly appointed director, Michelle Posemann, is all about excavating barriers to growth and challenging established views in a constructive manner – and believes we should never stop learning.

The product of an acclaimed specialist in Admiralty Law and a lateral-thinking teacher with, inter alia, an Honours degree in Criminology and a Master’s degree in Theology, Michelle Posemann’s approach to the practice of law and to raising children is the same – it is about creating space. “Whether that is space to vent and resolve conflict, or space to allow teenagers to explore the inner workings of their psyche, in both instances people are figuring out who they are and what they want,” says Michelle. Comparing the raising of children to the practice of law may perhaps be unusual, but that is not where “unusual” ends when it comes to Michelle.

Born in Pretoria but having moved to Durban at the age of five, Michelle regards KZN, and particularly Durban, as home and describes her postgraduate studies of a Law degree and a Diploma in Maritime Law at UKZN as the best years of her academic life, largely because she was with her tribe – a group of like-minded graduates who challenged issues such as gender bias and stereotype traditional roles head on. “We have come a long way since then,” says Michelle, “but there is still much to be done. Our young female professional colleagues must own their place in the profession and find a positive way to express themselves in the practice of law.”

Michelle’s place in the profession is firmly planted in the area of mediation and arbitration as an alternate to litigation, having been widely accredited as an arbitrator by AMSSA, AFSA and Tokiso, and as a mediator by ADR Group (UK) the Dispute Settlement Accreditation Council of SA, Conflict Dynamics and the SA Medico- Legal Association.

Until recently she practised as an advocate but was then approached to join G&B as a director in their Employment Law department, an approach that she says came “out of the blue”. Describing this transition in her profession as “seamless and stressless”, Michelle believes that her new role allows her to bring all of who she is to where she now is, occupying a dynamic space that is supported by a team aligned to her vision. “One of the biggest challenges facing the legal profession is the inefficiency of the systems and mediation thrives because it is unaffected by those. It operates within parameters agreed to in advance, and within timeframes that can be controlled,” says Michelle.

Excavating barriers to growth and challenging established views in a constructive manner is what Michelle is all about, which is reflected in her professional life as well as her personal life. Home schooling her children during their early years, Michelle’s mantra was “everything is a learning opportunity”, a philosophy that she continues to espouse as she guides her teenagers into adulthood, and one she attributes to the upbringing she herself enjoyed, believing implicitly that one should never stop learning.

Behind the deceptively quiet demeanour of G&B’s newest director lies a trail blazer with a focus on self-determination for her children, her young colleagues climbing the ranks in the legal profession, and for those embroiled in conflict. “Ultimately each of us should have the permission to be who we are and not be judged for it, and our communities should be a melting pot of differences that are celebrated,” says Michelle.

Celebrating differences has been a universal challenge, but in the adversity endured and overcome by the people of KZN recently, we have demonstrated that Michelle’s words are not beyond the pale.

Welcome to our New Home