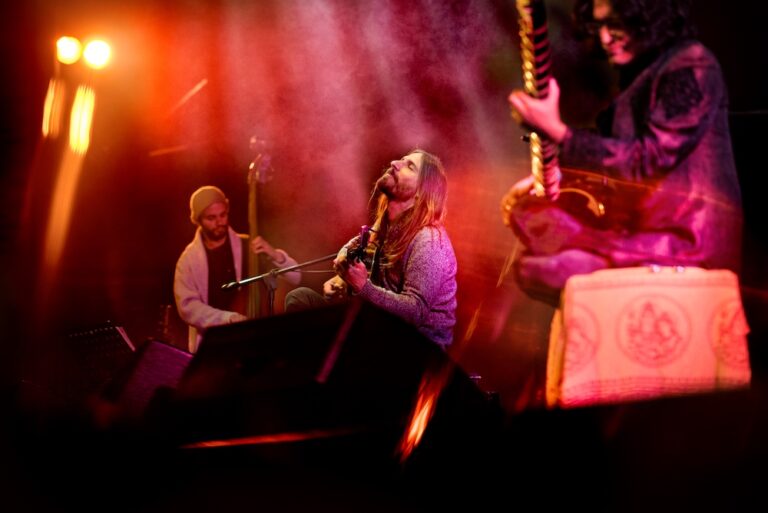 For a special, once-off, mid-week concert, the Guy Buttery Trio takes to the Elizabeth Sneddon Theatre stage on Wednesday, 10 October.

The collaboration consists of a collision of strings, with genius frontman Guy Buttery on guitar, Indian-born sitar player and vocalist Kanada Narahari and bass-player extraordinaire Shane Cooper on double bass. The three premiered two shows together to packed-out audiences at the 2018 National Arts Festival in Grahamstown in July.

During this enchanting and captivating 70 minute experience, Buttery will swop out his guitar and pick up the mbira, the African thumb piano while Narahari’s emotive voice will complement the various instruments. Cooper will feature on both electric bass and double bass, as well as a variety of live samples.

Buttery continues to break the mould yet again with his new music. His new Afro-Indian fusion sets up the perfect platform to take his intricate guitar-based compositions out of their solo guitar environment. He aims to re-contextualises these sounds, bringing India even closer to its well-established home in South Africa. “The fusing of music from both of these rich and varied musical backgrounds is rooted in my progressive exploration of these worlds bridging the gap, as well as re-imagining the realms between Africa and India. I’ve been working with Kanada the last year or so as a duo. About two years back I did the same with Shane. The only trio shows together thus far were at NAF, so this will be our KZN debut,” said Buttery.

It has been almost two years since Buttery performed at the Elizabeth Sneddon Theatre on the UKZN campus, having previously joined forces with the Odeion String Quartet in a sold out one-off performance.

Tickets are available through Computicket.