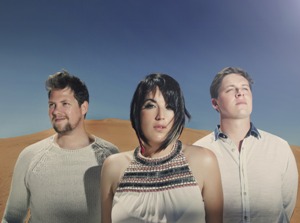 Award-winning acts GoodLuck and Jeremy Loops will be headlining a power-packed line-up at the Old Mututal Music at the Lake concert on 22 November.

After a momentous 2014 series, SAMA-nominated electro-swing act GoodLuck and award winning multi-instrumentalist Jeremy Loops will perform at the penultimate Old Mutual Music at the Lake concert.

The event will take place at the Durban Botanic Gardens on Saturday 22 November 2014, with the two headliners joined by The Kiffness and Rubber Duc.

This power-packed line-up is sure to rev up the picturesque gardens during the latest instalment of the popular picnic concerts at this important biodiversity landmark.

GoodLuck’s album Creatures of the Night was nominated for Best Pop Album and Best Duo or Group at the 2014 South African Music Awards, coming hot on the heels of the three SAMA nods earned by their self-titled debut album. This industry recognition is testament to the quality of this explosive electronic dance music outfit that has taken South Africa – and Europe – by storm since making their barnstorming debut in 2011, chalking up several number one hits along the way.

Calling himself a modern folk artist, influenced by Woody Guthrie and Bob Dylan, alt-folk sensation Jeremy Loops is truly a one-of-a-kind performer, using a loop pedal to layer up a variety of instruments and sounds – including guitars, harmonicas, beatboxing and singing – to create a truly unique and eclectic style that mashes up jazz, rock, hip-hop and reggae.

Expect a good time from the fun, quirky young musicians behind Rubber Duc – a tremendously talented trio made up of Brendan Campbell, Sheldon Sham and Nick Jordaan. With original material and covers poking fun at the world around us, their live performances are always a hoot!

Tickets are available online at www.webtickets.co.za at a cost of R140 pre-sold and R160 on the day. Children aged 8-12 pay R50; kids under 8 are free. All children are welcome at the KidZone for some extra fun and games.

Gates open at 16h00 for pre-sold tickets and at 16h30 for on-the-day ticket sales with the show getting underway at 17h30.

Skip the Flush and Save the Environment