HOLIDAY … WITH A FOCUS 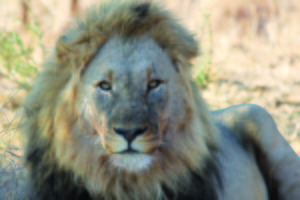 Consider this. A holiday with all your favourite leisure ingredients, but with another element included: a clear focus. Wannabe photographer, Anne Schauffer, donned her designer camo pants, tucked a tripod under her arm, and went north to Jaci’s Lodge in Madikwe game reserve, on a photographic safari

Some might say, isn’t the point of a holiday NOT having a focus, but rather to wallow in the delicious directionless-ness of it all , where no rules apply. Fair comment, but realistically, for increasing numbers of holidaymakers, that’s just not satisfying enough. They want more out of a vacation – and honing a skill or learning an entirely new one holds the promise of both relaxation and stimulation.

Certainly for every age imaginable, heading out on a photographic safari, birding weekend, a yoga, cookery, art getaway, you are pretty well assured of common ground with others on the trip. Sheer strangers, but you’re all there – like we were – to, say, shoot better wildlife photographs.

For us, by Day 2, “Up your ISO” was no longer a frightening, vaguely aggressive foreign phrase. It was a clear sign we were starting to “get it”, as we flicked switches and twiddled dials we didn’t even know we had. It felt good, because as we all know, there’s no better way to learn something than to get out there and do it, with little fear of failure and loads of potential for belly laughs.

There were four of us on the photo-safari at Jaci’s Lodge, with renowned wildlife photographers and authors Roger and Pat de la Harpe as our tutors, mentors, and gentle consolers as we bumbled along with the odd life-changing flash of brilliance. As Roger says to anybody who asks how to improve their photography, “get out and take some photographs”. And that’s what we did. Hundreds of them, and wonderfully, many of them exquisite beyond our, er, wildest dreams … particularly after an afternoon’s tutorial and crit – between the dawn and dusk game drives –  on how to digitally improve the images.

The thing is, if you choose your destination and specialist activity wisely – as we undoubtedly did with Jaci’s Lodge – you’ll get that perfect combination of learning and loafing. You’ll feel the romance of the bush braai, fall under the spell of harmonious African voices as you sip a fine wine round a fire, and enjoy the sensuality of a piping hot shower outdoors under the sun … but along with that deluxe-leisure, comes a sense of achievement which accompanies a new or improved skill. You’d be hard-pressed to match the learning experience of a professional photographer sitting alongside you, guiding you to capture a still photograph of 15 wild dogs who won’t keep still. And when you get the shot, there’s nothing on earth you’d rather be doing. It’s a holiday for your head.

And, hey, if you’d rather identify birds or strap on walking boots and suss out animal tracks, you could do that too, with consummate professionals in a sensational environment. Now that’s what I call an escape – time out doing something which you suspect you might learn to love, yet have little time to enjoy, explore or perfect. Try it, it’s sheer relaxation, only better.