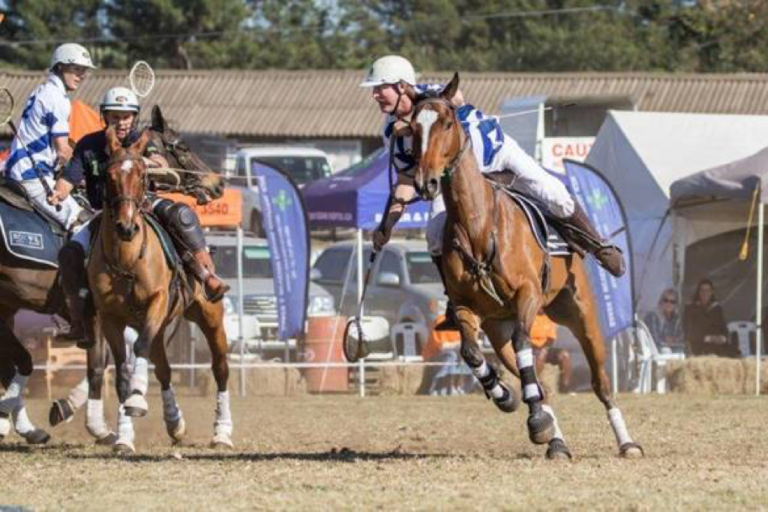 The fast-paced, action-packed competition guarantees spectators a weekend of brilliant horsemanship and polocrosse skills from some of the country’s highest ranked players.

“Apart from South Africa’s cream of the crop, internationally ranked players will also be competing in the High Goal, ensuring that fans will not be disappointed,” he added.

Similar to the previous two year’s tournaments, there will be eight teams – four men’s and four ladies – competing for the top spot in the High Goal competition.  Each team consists of six highly ranked players.

In polocrosse, each player is given a handicap. The handicap indicates the player’s level of skills, ranging from 0 (beginner) to 10 (highest ranking).  In a high goal competition, the team’s total combined handicap must average between 42 and 45 out of a possible 60. This ensures that those teams are worthy of competing at World Cup level.

Land Rover Durban, the event’s main sponsor, will also be sponsoring a team in each of the men’s and ladies’ categories. “The High Goal is the premier event on the national Polocrosse calendar. Spectators can be assured of a weekend of competitive, high intensity action,” said Andre Schrenk, dealer principal of Jaguar Land Rover Durban.

Schrenk highlighted that the previous High Goal events superseded all their expectations. Teams of world-class caliber demonstrated their skills in every match and there was non-stop action and intense excitement as they engaged in polocrosse battle.

Like the 2017 event, this year’s event also has a surprise element of wild card players in both the men’s and ladies’ competitions. Shongweni Polocrosse Committee member Sam Heynes said, “The Wild Card element has created an atmosphere of suspense amongst players, as well as spectators.

This year’s Wild Cards are our South African team going to the 2019 World Cup in Australia to defend our world cup title and this event is a small part of their fundraising initiative.

Wild card players will be auctioned off to the highest bidding teams at a gala dinner on 20th June.

Enjoy world-class polocrosse action at the Land Rover Durban High Goal daily between 8.00am and 4.30pm with six games per day. Each game is divided into six-minute chukkas alternating between the men’s and women’s teams. The format ensures a fast-paced, action-packed game, providing great entertainment for the whole family.

This event will be a perfect family outing, with vendors on the outskirts, jumping castles and kids’ entertainment, as well as evening entertainment after the Friday’s match.