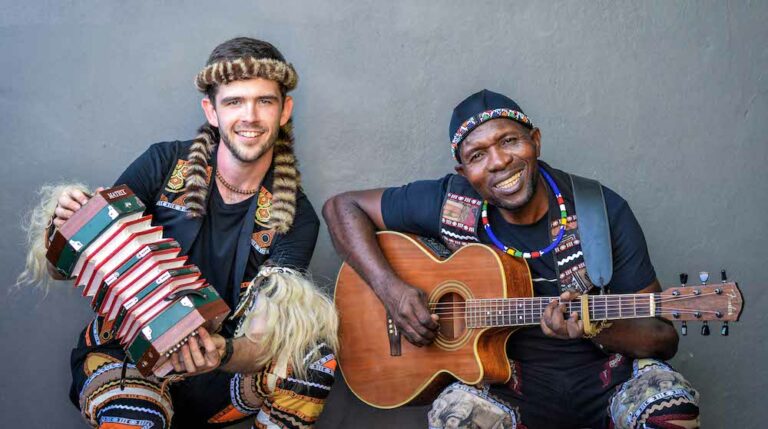 It was a cold and freakishly rainy Sunday afternoon in Ballito, last year May when Mango Groove opened the very first Marriott Ballito Beats concert to an intimate North Coast crowd.

It rained, and rained, and rained some more but the show went on and Claire Johnston and her musically gifted fusion band performed to passionate fans who danced in the rain and sang along to their favourite songs. At the end of the show, Mango Groove promised us they would be back.

And now, a year later and Ballito locals can count their “special stars” that Mango Groove will be performing again, on the grassy lawns of Sugar Rush Park. The Marriott Ballito Beats Music Series will bring people together for the ultimate family entertainment; enjoyed with friends, great food and beverages, activities for the little ones and a chance to see the best in South African music.

“We cannot guarantee the weather,” jokes series director Stu Berry, “But we can certainly guarantee the superb entertainment. And we are thrilled that Mango Groove are returning to the series and we look forward to some vibrant singing, dancing and another typically infectious stage performance. The enthusiastic Ballito crowd has proven that, no matter the weather, they are eager for great quality live entertainment, and we’re proud to bring it to them.”

Gates will open at 1pm on Sunday the 1st of July and fans will be treated to two musical sets, with Mango Groove taking to the stage at 3:30pm, and local KZN duo Qadasi and Maqhinga warming things up from 2pm.

Hailing from the heart of Zululand, Qadasi and Maqhinga are an acoustic duo on a quest to revive the powerful sounds of traditional Maskandi music.

David Jenkins, also known as Qadasi, is an accomplished Maskandi guitarist, concertina and banjo player who developed a deep passion for Zulu culture and music at a young age. Maqhinga Radebe began his career as a Maskandi musician in the mid 80’s and has received numerous awards for his amazing musical skills, which also include SAMA and SATMA Award nominations.

Both professional musicians in their own right and sharing the same vision, joining forces has resulted in an international calibre of music which represents the heart and soul of South African roots music. Throw in the larger than life ensemble of Mango Groove, with their pennywhistles, trumpets and unmistakeable lyris and vocals… one thing is for sure, Sunday’s show will be filled with exciting afro-tainment.

Mango Groove agree that last year’s Ballito experience was one to remember. “The torrential rain didn’t dampen anyone’s spirits and the energy was remarkable. We can’t wait for July 1st as we’re confident that this time the weather will be beautiful and things will be a whole lot more fun!” says Claire Johnston, lead singer of the band. When asked what fans can expect in terms of a music set, Johnston says that there is no way they can avoid doing some of the favourites, and nor would they want to. They’re favourites for a reason. But, she commented, “there might be a small surprise or two… come and find out”