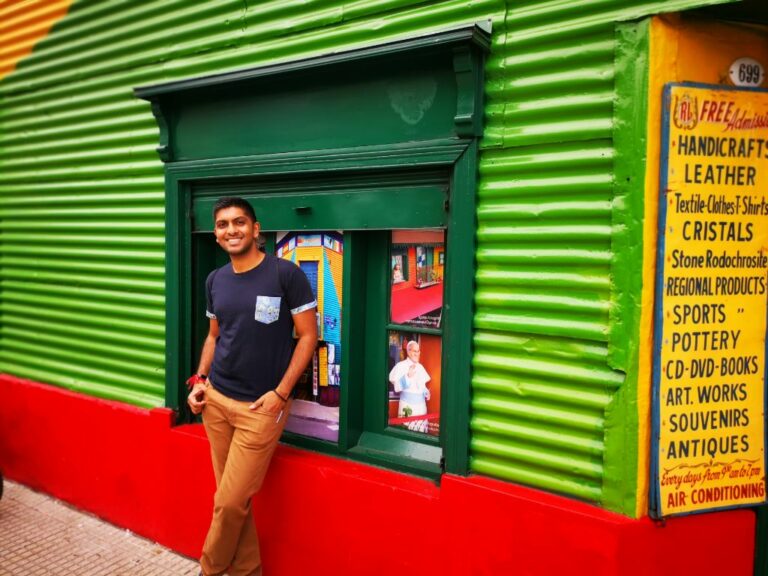 KZN, scarred by Covid, riots and floods, will need more than a physical rebuild. It demands that we acknowledge one another with genuine empathy and respect, writes Suntosh Pillay.

I spoke to a group of psychology students at a graduation ceremony in Durban recently, and told them a story that might resonate with people in KZN at the moment considering what we’ve lived through in the last two years.

Please let me take you back to March 2008. The Mandela Rhodes Foundation had selected me as one of 23 young post-graduate students from across Africa to receive a scholarship to further my studies. As Mandela Rhodes scholars we had the honour of meeting the living patron of this controversially named organisation.

I travelled from my home in Pietermaritzburg to Johannesburg for the much-anticipated meeting in Madiba’s Houghton house. The 23 of us waited in the small auditorium and the media was in full force.

Each of us students were to have a minute to sit and have a word with Madiba. Thankfully, due to my surname, I was lower down the alphabetical list for a turn on the couch with the global icon. I rehearsed hundreds of possibilities of how I hoped this dialogue would go – but when my turn arrived, they all melted into the ether. The moment morphed into a slightly dissociative and surreal space. After all, Madiba’s famed hype had turned him into the stuff of legends and, despite his protests, his socially-sanctioned saintliness certainly created the expectation that one would be in the presence of a supernatural force. Perhaps I’m overstating it, but I was a mere 22 and had only just begun my masters’ degree – so the privilege of this meeting felt like the ecstatic climax of my young existence.

So far, he’d been quite casual to my peers. He asked jokingly whether Robert Mugabe was still president of Zimbabwe, and asked that his regards be passed on to Ugandan President Museveni, reinforcing the importance of education and studying hard (“Don’t stop at one PhD,” he said).

However, beyond my own encounter, it is that of Lindokuhle Nkosi, a scholar from the University of Zululand, that remains etched in my mind. Lindo was mesmerised by the moment, and asked Madiba to give her “a mission” that she would carry with her for her entire life, something she could make her life’s singular goal.

Wait. What?! Was she really going to take what Madiba said and make it her raison d’etre? And what exactly would Madiba say – “Go build 1 000 new schools!” or “End poverty” or “Cure cancer” or “Raise a billion dollars for my charities”? And would we all feel obligated by association to help Lindo in this new mission thrust upon her? Did Madiba have a whole lot of missions just waiting for the asking and was he going to answer with razor precision? Did Lindo have the right to refuse or change the terms and conditions? Madiba paused thoughtfully and made us wait for his response.

I’ve shared this story many times at talks I’ve been invited to give, and have always asked the audience what they thought Madiba said. Before reading on, what do you think he said? No one has ever given me the correct answer. I’ve used this as evidence that his emotional intelligence and generosity of spirit was indeed difficult to emulate.

Madiba gave the most morally honest answer one could imagine. He told Lindokuhle he did not know her well enough to answer the question.

We were horrified! Give us a mission, dammit! We had all – in those few seconds he took to consider his response – become so emotionally invested in his reply that at the time it was wholly unsatisfying and a massive anti-climax. I remember thinking that he’d just passed up an opportunity to change the world – 23 times over if we all took up the challenge.

In hindsight, Mandela modelled one of the most valuable lessons I have learnt in leadership: humility and empathy will ensure you use your power maturely. Sure, Madiba could have urged Lindokuhle to spend her life working for an NGO back home in rural KZN. He could have told her to do a myriad of things that, given the moment, would have unfairly burdened this young woman with someone else’s crown. Instead, he displayed enormous humility by being honest: he neither knew her well enough nor was he egotistical enough to give her a life mission. How could he? What were her values, her political beliefs, her intellectual pursuits, her family background, her own dreams, fantasies and desires? To answer such a question glibly would have been a gargantuan display of arrogance.

And that is where the rub of power lies – in the interpersonal. Power corrupts when we fail to consider our fellow human beings as human beings in the world, figuring out life, pursuing dreams rooted in intimate personal histories that no one can know fully unless they have empathically entered into that person’s world.

To have given an answer to Lindokuhle would have been a denial of her own humanity, her own personhood, her sense of self and self-direction, her agency and ability to develop mastery over her own dreams. Instead, Madiba read the moment with emotional, intellectual and moral honesty, and showed a singularly unique display of humility and empathy. He honoured Lindokuhle and he honoured us, 23 bright-eyed young people, on the cusp of our careers, by refusing to answer a question unfairly asked of him.

I have thought a lot about this recently in KZN as we’ve witnessed the disasters we’ve had. We live in a society of enormous wealth disparity and economic and social challenge. This is compounded by a huge trust deficit. People don’t trust government and many don’t trust one another. And yet we are often able to transcend our paranoia and suspicion to reach out in enormously heart-warming displays of generosity in KZN.  More than anything, the lesson I draw from Mandela during this time is the value of being emotionally intelligent during times of intense vulnerability. Hopefully we emerge stronger and that these times of crises will engender understanding and allow us to genuinely see one another with the type of honesty, empathy, humility and respect Madiba showed.

SUNTOSH PILLAY IS A CLINICAL PSYCHOLOGIST AND RESEARCHER IN DURBAN, AND CO-EDITOR OF THE NEWLY RELEASED BOOK, CHASING FREEDOM: HISTORIES, ANALYSES AND VOICES OF STUDENT ACTIVISM IN SOUTH AFRICA (CODESRIA PUBLISHERS).