Sport for all ages 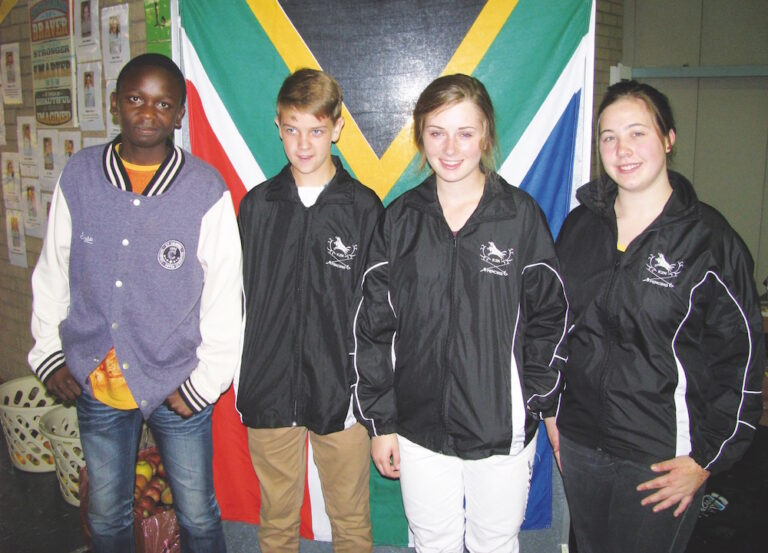 2015 has been a good year for Hillcrest Fencing Club, with a number of fencers being asked to represent KZN and SA. Zekitha Lassen-Hughes was selected to represent South Africa in the foil category at the Junior Commonwealth Games held in Cape Town in July 2015 and Alexandra Gibson was selected as a non-travelling reserve in the epee category. This is the first time that junior fencers from KwaZulu-Natal have been selected for the South African team.

Zekitha, Alexandra and James Gibson were also selected to represent KZN at the Junior Nationals in Bloemfontein, with Zekitha winning a bronze in the foil category.

“We have some up-and-coming young fencers, one of whom is Simphiwe Malusi, from Hillcrest High School,” says club founder and chairman Stuart Gibson. “Simphiwe accompanied the KZN team to Bloemfontein to gain experience and got through the preliminary rounds to the quarter finals. We look forward to him earning his KZN colours in 2016.”

“Fencing is a sport that tests a participant’s physical and mental abilities,” Stuart continues. “It tests your agility, physical conditioning, tactical ability and reflexes. Although fenced on a piste only 14m x 1.5m, it offers an intense and exhilarating workout for men, women and children alike. We have fencers from various age groups, with the youngest starting at 11 and the oldest being 70-plus.”

Calm but Still Susceptible to Sabotage

Top of the Podium