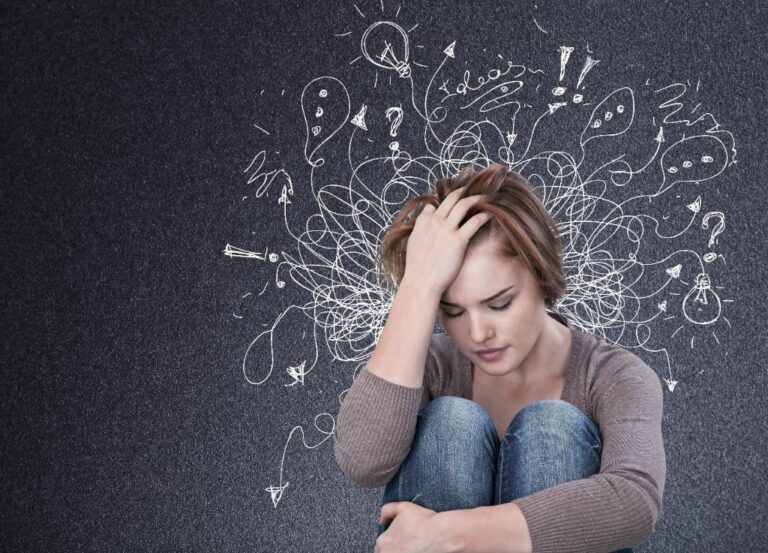 At the beginning of Grade 2, we saw the light dim in our little boy’s eyes. He would get into the car after school and burst into tears, having held back his frustration all day long. After some hits and misses as we tried to figure out what was bothering him, we ended up taking him to an educational psychologist. She came back to us with the conclusion that he was a brilliantly intelligent child, who also had Attention Deficit Hyperactivity Disorder (ADHD).

What did this mean? What should we do next? We had already been through so much trying to parent him the way he needed, and this felt like the final blow.

For the next couple of years, I took a deep dive into understanding everything I could about ADHD. The more I understood, the less terrifying ADHD was. Accurate explanations lead to accurate problem-solving.

Understanding an ADHD diagnosis can not just be liberating, but save people’s relationships, careers and even their lives. Because one of the greatest side-effects of ADHD is shame.

Shame is that little voice that tells us we are not worthy of love and connection. Shame is what we feel not when we make a mistake, but when we believe we are a mistake. So many kids with ADHD walk around under the weight of shame because ADHD is often treated as a behavioural problem instead of a neurological problem. The words “what is wrong with you?” hang over their young hearts like a cloud.

This is what life is like for ADHD kids. They are trying so hard. They long to impress us, please us and to be liked – they want it so much. Sometimes they’re trying so hard to be okay that we don’t even know how much they’re hurting, as they mask their struggles. Sometimes it’s been so exhausting for them to mess up over and over, that they’ve given up trying and now it looks like they don’t care. They wear indifference like an armour – to protect what’s left of their self-esteem.

Parenting and educating children with ADHD is difficult and often discouraging. I know their meltdowns and their tempers can be scary. But when they lose it, it’s terrifying for them too because they can’t make it stop. After the outburst, the flood of shame is soul-killing because they actually do know better. They know better because you taught them what is good, but they just can’t do it and they don’t know what’s wrong with them.

So what should we do with our beautiful, spirited, challenging ADHD kids? Honestly, I don’t know. I’m still figuring it out and it’s exhausting. But here are three ideas that have helped me parent my child with more understanding and patience.

When we know better, we can do better

Knowledge is empowering. For example, I learnt that ADHD affects a child’s working memory. Working memory is how you process the information you’re receiving in the moment. The ADHD brain is like a whiteboard that runs out of space, and so the child has to erase information they should still be using in order to take in the new input. This poorly developed working memory can make ADHD people seem irresponsible, careless, and forgetful. Not only have I been more realistic about my son’s capacity, I’ve changed my assumptions about the “why” he lost his school jersey for the third time. He literally cannot remember where he put it.

ADHD is an explanation, not an excuse

An ADHD child doesn’t have a deficit of attention, they have difficulty regulating attention. The ADHD brain struggles to change gears. They might either struggle to focus on one idea, or hyperfocus on only one interesting idea. This helped me understand why it often seemed like my son was ignoring me. He would be so zoned in on playing Lego, that his brain wouldn’t receive the information that I was calling him to come for dinner. Eventually, I would get louder and louder until when he finally looked up at me, it was like he was seeing me for the first time. Because for his brain, it was.

ADHD is not a character defect, it’s a neurological divergence

Studies using MRI scans show that when compared to a neurotypical brain, the neurodiverse ADHD brain shows actual physical differences in white matter and shape. In other words, some children are born with brains that think, learn and process information differently than others. Just like a person with diabetes can’t be disciplined to bring their insulin levels down, ADHD kids cannot rely on sheer willpower and determination to make their brains work the same way that a neurotypical brain works.

If you have a child with ADHD, you may feel frustrated and anxious about their future. You are not alone. Please give yourself permission to be kind and compassionate not only to your child, but to yourself. The more you know, the better you can do at drawing the best out of their vibrant, flourishing, creative brains.

As a speaker, coach, pastor, facilitator and writer, Jess Basson wears many hats but her passion is to share life-transforming ideas. Visit www.jessbasson.com for more info.

In Jess Basson’s book Empty Cages: Keys to Finding Freedom, she discovers why she went from being a spirited, quirky, confident little girl to a thirty-something mom struggling with depression and limited self-belief. Visit www.jessbasson.com for more info