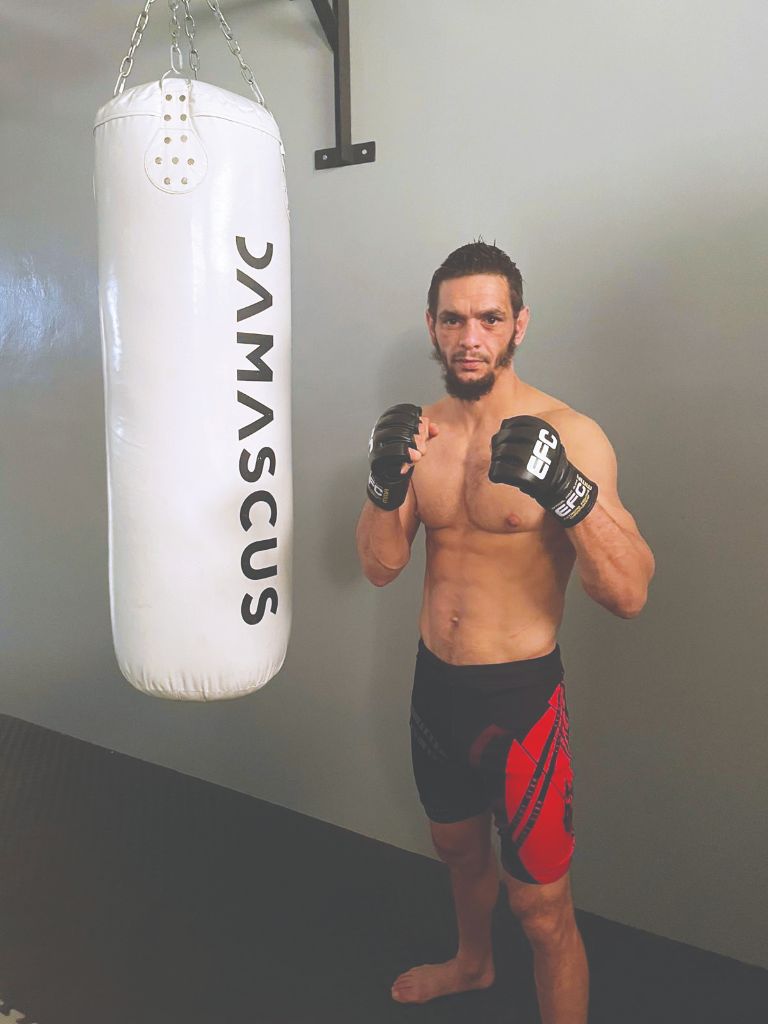 Adrian Fuller chats to an inspiring MMA practitioner and teacher.

At the back of the Hillcrest Centre, overlooking the railway line, is a mixed martial arts (MMA) studio owned and run by professional MMA practitioner Warren “Wolverine” Richards.

Warren is as humble as he is modest, and, as any clients of his would testify, is always a little cagy when meeting someone for the first time – a character trait of someone whose upbringing was as interesting as it was difficult.

Warren was born in Durban in 1984, and spent most of his childhood in KZN’s north coast town of Stanger. At the age of 16, the victim of a tragically unsettled household, Warren left home with nothing more than the bag he carried on his back. For the next two years, he did things the hard way. With no consistent roof over his head, and no real certainty as to where his next meal would come from, he found out what it was like to depend on no one but himself in a world of few mercies.

At the age of 18, Warren was taken in by a friend whose son, recognising Warren’s naturally muscular physique, insisted that he learned to defend himself – something to which Warren had already grown accustomed during his time spent “living rough”. It was at this time, whilst participating in countless altercations which formed what most fighters would refer to as a “right of passage”, Warren realised that hand-to-hand combat could potentially present the opportunity to carve out a career path. Around the world, MMA was gaining enormous popularity through sporting affiliations such as UFC and EFC.

Warren related to fighters like Rampage Jackson, whose difficult childhood in a dysfunctional family steered him in the direction of combat sports. Warren soon became a fan of Jackson’s ability to master several martial arts, and, before long, Warren’s humble gym on The Bluff – built up through donations by friends and associates, and popularised by the interest of several new clients – became the platform from which Warren launched his professional fighting career.

At the age of 28, having “cut his teeth” in several backyard (bareknuckle and unsanctioned) events, Warren secured his first professional victory when he won his lightweight bout in local affiliation MFC. From there, he went on to hold dual-titles (lightweight and featherweight) for the MFC, while fighting in the international arena via the EFC – the professional affiliation in which he fights to this day.

Warren is proud to be affiliated with the EFC, and is proud to represent Africa – a continent that has produced three current UFC world champions.

It goes without saying that Warren is passionate about MMA. He’s passionate about how it has transformed his life, how it has given him the chance to provide a secure household for his young family, and how it is helping him to transform the lives of his clients – many of whom now know how to defend themselves, some of whom now wish to pursue their own careers in combat sports, and all of whom are reaping the benefits of improved fitness, improved health, and holistic living.