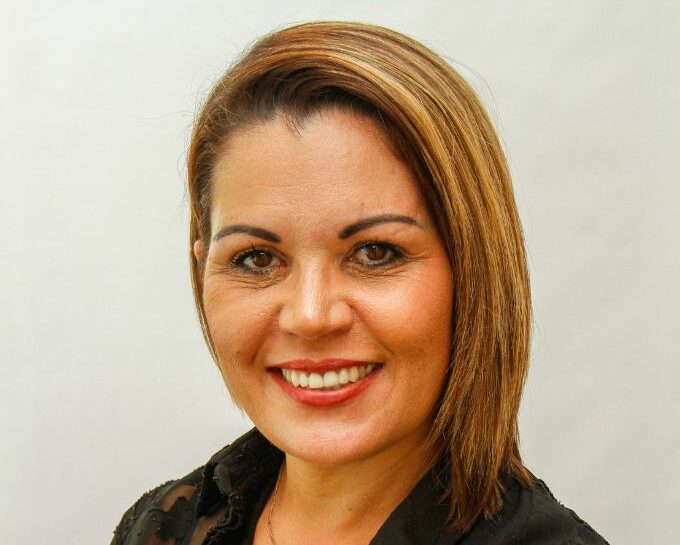 Increasingly in Ward 35, you’ll hear the name of councillor Nicole Bollman – with very good reason. Among her skill sets, she’s a strong, straightforward communicator, which is much appreciated writes Anne Schauffer.

Nicole Bollman is a born and raised Durbanite, schooled at Northway Junior Primary, then Northlands Primary, and finally Northlands Girls’ High. She knows the territory intimately, and today, she lives, works, works again, and is single mum to two kids – “awesome kids,” she says – close on 16-year-old Tatum, and nine-year-old Liam.

Listening to 47-year-old Nicole, community-centricity is her middle name: “I was involved in community groups right from school. President of the north Durban Rotoract Club – Junior Rotary – I’ve always thrived on giving back, whether it’s time or mentorship. I’m passionate about my home, my city, my country and all who live here, and I’m very often the voice of the voiceless.”

Way back when, Nicole had always wanted to be involved in design, but it was not to be. Her working life began at 17 at SARS, and after a few years she joined an auditing firm: “When I was retrenched, I ventured into real estate, qualifying as a property practitioner in 2010. Real estate has been so much fun because I’ve watched many of these suburbs evolve – in a sense, we’ve grown up together. I’m passionate about my community, so much so that I welcome new families here and feel sad when our older folk sell to move on. There’s so much history in our community with people who’ve lived here for decades. To hear their stories of how they met and brought up their families brings me such a sense of nostalgia – pretty much why I started the Facebook Page ‘Durban North Past Present & Future’ in 2017.

Nicole became a councillor after she met John Steenhuisen: “That was back in 2009, through Rotary, and we had a conversation about the Democratic Alliance. This prompted me to attend branch meetings in Ward 36, that is, Durban North. But getting involved was a tough one. Retrenched and a single mom, I chose to put my then young daughter’s welfare before my own aspirations, and stepped back from party political work.” Nicole only became actively involved again in 2016, when elected as a member of the Municipal Ward Committee, and in 2019 – after the position of Ward Councillor for Ward 35 became vacant – she applied and succeeded.

Nicole laughs at the juggling act required by home and work: “Easy – low flying and zero personal life. Just kidding – I’ve had the benefit and support of both my parents. Without them, I would never have been able to pursue a career in either real estate or politics (sadly, we lost my dad at the end of last year).”

Leadership roles – often unintentionally, she says – are something she seems to have persistently landed in, so she assumes wryly that it’s something for which she has an innate ability. There are so many skill sets required by a councillor, but for her, “I’d definitely include tenacity, persistence, patience and empathy. We have to be team players who don’t have an issue working in isolation, be able to think on our feet, and master the art of clear, concise communication. I believe in empowering my community through education whether it be the simple things like administrative matters or the more involved issues such as our local reticulation process currently under a lot of pressure now.”

Another laugh, “I don’t like describing myself, but there are certain qualities I know I have: I’m detail-oriented to a fault, I’m passionate, dedicated, determined, enthusiastic, respectful, honest, curious and I always have a positive mindset.”

She reflects on the current KZN disaster: “As an avid equestrienne, there is a saying when a horse is playing up or being difficult: ‘shoulders back, heels down’ – not unlike the situation in July last year. When the rains were hammering our communities on the Monday night, it was really a case of the unknown. I saw my role as watching the community groups, determining the risk, then engaging with the various stakeholders/role players.

“The Tuesday saw us/me mostly on the ground driving our ward, determining the amount of chaos/disaster and liaising with the various departments whether it be Metro Police, Disaster Management, Parks and Gardens or Roads and Storm Water. Subsequent to that, was to determine the bigger issues and get the right folk involved immediately, as we were cautioned there could be a second deluge on the weekend.

“I think my main role has been clear and adequate communication to my ward, and being readily available. People don’t know what they don’t know until they know they don’t know it – as such, I was/am a conduit between the city and our residents.

“Disasters don’t come with clear guidelines, and you don’t know what you’re going to face until you get there … but it is to be kind to those who have been affected, and hard on the resolution. We are not all designed to deal with chaos and destruction – I am thankful I have the ability to do so.”

Nicole reflects on her past 10 years: “Had you asked me a decade ago if I could see myself representing a political party, the answer was likely to be no. I am more of a ‘behind the scenes’ person, however – as the saying goes – if it’s to be, it’s up to me. I cannot be a person who idly watches the world go by. I have the ability to effect change and I will do that. I have much to learn and a long journey to walk, but I do hope to see myself at the Provincial Legislature or Parliament representing my people, representing my home.”

OK, the big question. What would you change if you ran the show? “Accountability, respect, fit for purpose, empathy and humility – we have some incredible folk in our communities – to engage and empower them to better facilitate their communities. South Africa is not a one-dimensional country – there is work to be done. Let’s start at home!”