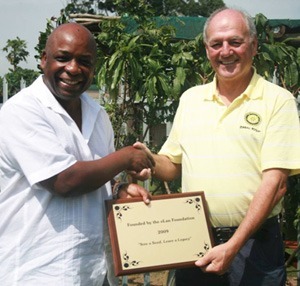 The SA Reserve Bank, like other central banks around the world, is obviously keen to maintain a balance between economic growth and inflation as the economy recovers from the damage done by the Covid-19 lockdowns and supply chain breaks, so some interest rate increases are on the cards this year, says Berry Everitt, CEO of the Chas Everitt International property group.

“And unfortunately, most of our inflation at this stage is not coming from a rapidly growing economy and rising employment, but is ‘imported’ when oil prices rise and the rand weakens, so it is not really within our control.

“The Reserve Bank also has to consider that the Federal Reserve has indicated that US interest rates may start to rise again soon, which would increase the attractiveness of dollar investments. SA needs to keep its interest rates relatively high to encourage much needed foreign investment.

“But even so we believe that rate increases this year will be less than one percentage point at a time, and will not have a major effect on housing demand.”

This demand, he says, has tapered off a little since the last half of 2020, but remained at a multi-year high in 2021, “with the result that stock shortages are now evident in most sought-after areas and that, as we predicted, prices have generally risen more rapidly than consumer inflation over the past 12 months.

“What is more, the demand that was initially largely being driven by first-time buyers has had a knock-on effect right across the market, with many repeat buyers now choosing to move as well – and often to upgrade, thanks to the still-low interest rates and the ready availability of bonds for qualified buyers.”

Everitt says that listing times are currently much shorter than they were pre-Covid and that competing offers are again quite a frequent occurrence, “with the result that the average difference between asking price and selling price is steadily shrinking”.

However, he says, rising interest rates and rising prices are likely to decrease buyer affordability and make it more difficult to qualify for home loans over the course of 2022.

“Rising unemployment is also a very real concern for the market as a whole. However, we see no reluctance on the part of the banks to grant home loans to those who do qualify – in fact quite the opposite – so what we anticipate is that keen buyers will simply adjust and start purchasing smaller homes or in less expensive areas.”

Commenting on what type of property is likely to prove most popular this year, Everitt says that with so many city residents being concerned about their personal safety and security, it is no surprise that the demand for sectional title flats and townhouses in secure complexes has risen steeply in recent times, or that sectional title sales as a percentage of the whole have doubled to around 30%.

“Since 2020, the demand for generally lower-priced sectional title units has also been driven by a huge number of first-time buyers taking advantage of low interest rates to become homeowners rather than tenants.

“Meanwhile, gated lifestyle estates in and around the big metros have been finding favour again in the past two years, thanks to remote working and online education which means that many residents no longer have to worry about daily commutes in traffic to an office or their children’s schools. In addition, many estates now have backup power, water and internet systems that often enable residents to avoid the worst of the current Eskom and municipal supply interruptions.

“However, it is interesting to note that families who are moving to the so-called zoom towns in country areas or along the coast are showing renewed interest in stand-alone, suburban type homes which offer them greater privacy than in complexes or estates, no levies, and increasingly, the opportunity to take their own homes ‘off the grid’. We believe this will be a rising trend in 2022.”