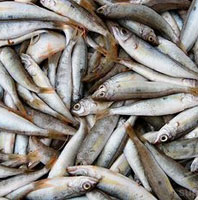 These beautiful silver fish are headed to KZN

Operations staff undertook a flight on 7 June 2012 to monitor the movement of the annual sardine run towards KwaZulu-Natal. It was hoped that after the strong south westerly wind that had occurred during the 24 hours prior to the flight, sardine activity may have moved closer to KZN.

The largest concentration of activity has moved about 10km northwards. However, is still situated in the area between the Bashee and Mazeppa river mouths. This is approximately 140kms from KZN.

The challenge for the KZN Sharks Board is the small shoals of sardines sometimes referred to as “pilot shoals” that precede the main shoal. These pockets of fish can move very quickly and are often accompanied by large numbers of sharks and dolphins.

A fairly large frontal system is due over the forthcoming weekend and shark safety gear remains out off some of the beaches on the extreme lower south coast as a precautionary measure. Although staff are on standby throughout the weekend to remove gear at a moment’s notice this is compromised by these strong frontal systems as the boats cannot put to sea in rough sea conditions.

The next monitoring flight is scheduled for early next week.