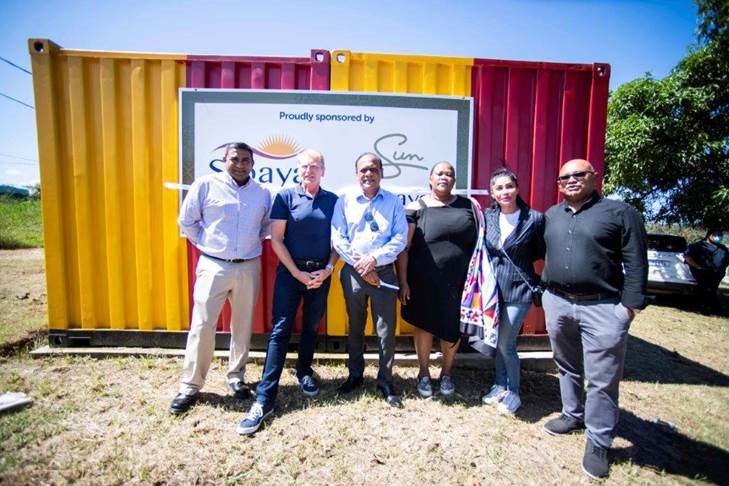 The Blackburn Informal Settlement is a large-scale settlement situated within the boundary of the Cornubia Integrated Human Settlement Development and is home to approximately 8000 people, many residents are unemployed or are migrant workers looking for “piece” work, attracted by the ongoing development of the uMhlanga, Izinga and Sibaya Regions.

Sibaya Community Trust invested R400 000 to build a custom made fully functional Soup Kitchen at this settlement that would serve hundreds of the most vulnerable people within this community. The Soup Kitchen is installed within the ITHUBA Centre.

It is indeed a blessing to save people from the discomfort of hunger said Vivian Reddy, the Chairman of Sibaya Casino and Community Trust.

We have also committed to help with groceries until 30 June 2022, as well as all utensils and equipment to render the facility operational, added Reddy.

We are delighted to announce that we have approved funding of R750, 000 for the upgrade of a building within the ITHUBA Centre, to be used for many social, recreational and entrepreneurial programs that will be introduced.

It is heartening to note that the surrounding communities of Umhlanga Ridge and Izinga Hills Estate are assisting with keeping the centre tidy with regular bush clearing and grass cutting he said.

We all have a duty to uplift the vulnerable, the Blackburn project has shown us that when communities come together, a huge favourable impact can be made.

He added that his wife Sorisha Naidoo is also involved in mobilizing women to also join in on the upliftment of the vulnerable in Blackburn.

We have spent huge amounts of money in the help to fight hunger with the distribution of food hampers into various deep rural areas and the building of the Food for Life Kitchen in Newlands from where over 12,000 plates of meals will be served to the vulnerable in Kwamashu, Newlands and surrounding areas, said Reddy.

The fight against hunger is crucial, it helps reduce crime arising out of starvation.

We challenge other corporates to do the same in vulnerable communities of their choice to help eradicate this suffering said Reddy.

He thanked everyone involved with Blackburn for the great work they undertake and mentioned Sulosh Pillay from Daughters of Africa for the sterling work she does around cancer screening and vaccinations.

He added that she has rendered her services at Blackburn and continues to do so.

As part of Vivian Reddy’s Birthday celebrations, the Children of Blackburn were treated to cake, school bags, stationery, lunch boxes, juice bottles and other edible treats.