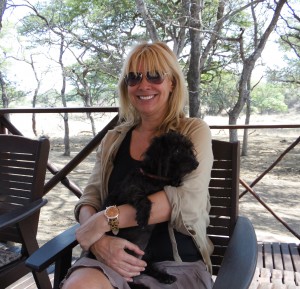 Thula Thula Private Game Reserve is a natural haven at the forefront of the fight against poaching. Head up north to experience it for yourself.

Building on the legacy of Lawrence Anthony, conservation is at the heart of Thula Thula. A policy of no hunting means that hospitality is the reserve’s only source of income, and vital to the survival of its many rescued and rehabilitated animals.

Lawrence’s wife, Françoise, is a consummate host, imparting her Gallic charm to every aspect of the estate. Whether you opt for the Tented Camp or the luxurious four-star Safari Lodge, your every whim will be catered for in exclusive surroundings. From the fabulous wine list to gourmet food and ultra-comfortable furnishings, this is the kind of holiday where you can enjoy a genuine bush experience without any hardship.

The Tented Camp is the more laid-back of the two options, with buffet meals and a wonderful informal atmosphere. Tents are set in light bush with birdlife second to none! (Don’t forget your bird book and binocs.) It’s a great place for a family getaway and you’ll find an intriguing mix of South African and foreign tourists.

Just a few minutes’ drive away, the Safari Lodge is equally popular, but offers a more polished experience. You won’t need to lift a finger! Numerous celebs have graced its gorgeous rooms over the years, getting a taste of Zululand at its best.

But it’s not only the sterling hospitality that draws thousands of tourists to Thula Thula each year. If you’ve read The Elephant Whisperer, you will be familiar with the antics of Nana, Frankie and the rest of the herd. What was once a rag-tag bunch of traumatised ellies has been transformed, since 1999, to what must be one of the best viewing herds in SA.

The rangers know them intimately and show great respect, offering visitors a unique opportunity to see these magnificent creatures in their natural habitat, without altering the elephants’ behaviour. Many of the staff have worked at the reserve since it opened and they are able to regale you with tales of Lawrence and the animals they have witnessed over the years. Other regular sightings include rhino, wildebeest, buffalo, hyena and leopard.

Between January and October 2014, almost 800 rhino were killed in South Africa – a shocking statistic that equates to one rhino poached every nine hours! Françoise and her team are passionate about protecting our natural heritage and take it incredibly personally. Over the years, they have invested huge amounts of time and energy into progressing the war against poaching, working with a global network of experts. Some of the methods adopted within the park include contraception for male elephants and poisoning the horns of Thabo and Ntombi, the reserve’s heavily-guarded young rhino.

“Education and fundraising are essential,” says Françoise. One of their successful fundraising efforts is the Art for Rhino project, which sees renowned artists create artwork representing the reserve’s two rhino. These are then sold off, with proceeds going to the Rhino Fund.

A new addition to the reserve is the Thula Thula Rhino Orphanage, funded by a generous donation from an Austrian charity and established to care for orphaned and injured rhino, wherever they may be found. Initially, the complex is equipped to house up to 20 rhino, with high-care facilities and outdoor enclosures for rehabilitation. Karen Trendler, internationally-recognised expert in wildlife rehabilitation, has been instrumental in the development phase, passing on lessons from her own experience. Security is paramount and the orphanage is protected by highly-trained specialists.

The 4 500-hectare reserve is part-owned by the local community and they have been heavily involved with this project, promoting the value of our environment. An extra 3 500 hectares have been earmarked for expansion to allow the elephants to breed once again.

So, add Thula Thula to your travel wishlist for 2015 and see the Zululand bush come alive in front of you. Plus, you’ll know that you’re contributing to the protection of our natural heritage.