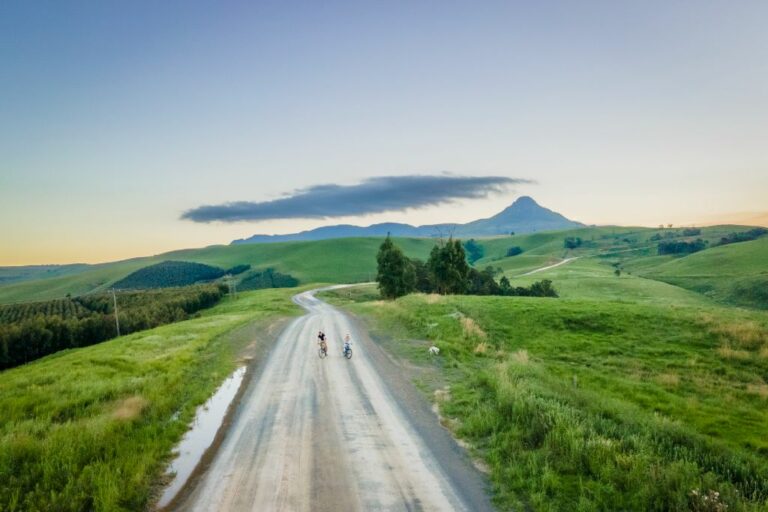 Howick got a boost late last year when it received R5-million from the KZN Department of Economic Development, Tourism and Environmental Affairs to upgrade the dilapidated Howick Falls precinct. And the region has rebranded and relaunched its community tourism body, injecting new life into Midlands tourism.

Already, the uMngeni Municipality has declared that it will be the KZN tourism destination of choice by 2035 with community members describing Howick as the potential “Clarence” of KZN.

With the falls precinct upgrade as a starting point, the newly elected municipality is on a quest for investment and is courting private sector partners for a phased R100-million project.

“Reviving tourism would ultimately translate into decreased unemployment as a result of the opportunities that would arise in tour guiding, transportation, hospitality, security, maintenance and commerce. With a young population that often falls victim to unemployment and despondency, reviving tourism can open up sectors such as adventure, sports, cultural tourism and wellness. It can also act as a catalyst in developing the arts and food industries.”

Dlamini believes that investment in infrastructure is key, along with upskilling the region’s people. So does chairperson of uMngeni Tourism, JP Prinsloo. He, together with Mayor Chris Pappas, was instrumental in delivering the Light the Falls Festival that proved pivotal in the town’s tourism re-awakening.

What started out as a promise to put up some Christmas lights in the road leading to the falls morphed into a day-long festival. The community helped clean up and make decorations, and business sponsors backed the excitement. After purchasing 15km of lights, Prinsloo asked local businesses to sponsor Christmas trees. But he soon ran out of trees.

“It gave people hope. I have never run so much in two days, jumping up into trees and down again. Everyone wanted to be involved because they saw the potential and what could be achieved when everyone worked together,” he said.

The festival – which included local live musicians and a market – came together in three weeks and is expected to become an annual attraction. Prinsloo said the morale booster provided his organisation with an important platform for brand recognition and helped struggling traders.

“When we went back on February 3, they told us they had made more money since the festival than they had over the past four-and-a-half years. Partnership with the municipality and just putting small interventions in place like blocking off the area to control alcohol consumption, brought back tourists and locals. The rain also played an unexpected role and made the falls extraordinary to view. But the whole event helped us to begin building something that people in the Midlands want to be part of.”

Prinsloo took over as chairperson 12 months ago, bumping heads with a few locals. Covid opened up an opportunity to rethink the organisation and a year-long rebranding process followed.

Unlike big cities such as Durban which have nine community tourism bodies, uMngeni has just one. It competes with other private sector bodies such as the Midlands Meander in promoting the region. The new strategy was to play to its strengths – to be the body that tries to bridge the gap between tourism businesses and government, using limited resources in pursuit of a single goal – promoting Midlands tourism.

Because uMngeni is a small municipality, grant funding is limited. “But we have made it work. We have leveraged that to start delivering a brand with which people want to be associated.”

A two-tiered membership caters to different business needs and talks are underway with the municipality to sponsor half of the membership fees for those in disadvantaged areas. They’re also trying to revive so-called township tourism.

“Our approach is to ensure that the price of membership should not be a barrier for people to enter into the industry. But we also need to move away from giving away memberships. We need to encourage people to invest in their businesses and provide a good tourism product. We need to strike a balance.”

While embracing the shared spirit, it is also important to recognise the differences between communities through the creation of dedicated tourism nodes. These already exist in Nottingham Road and Mpophomeni but need to be spread across the Howick region.

uMngeni Tourism wants to provide strategic direction to each tourism node and implementing this means Prinsloo is a busy man. He is building partnerships to support existing and new events, he says.

He is also working hard to bring back events that have fallen off the calendar and is trying to plug into the provincial government’s Tourism Ambassador’s Programme which will allow uMngeni Tourism to employ and train young interns.

uMngeni Tourism has set up a new interactive website that starts with a minute-long personality quiz and then provides a curated tourism route based on your interests.

Prinsloo is also setting up an office at Howick Falls for those who prefer to walk in and ask for information. It will be the first time in three years that uMngeni Tourism has had an office.

Then it’s on to increasing visitor numbers and bringing new tourists to the Midlands. “Getting tourists here is one thing but getting them back is a whole different ball game. We have to push boundaries and get people out of their comfort zones. If we want to survive as an industry, be the prime destination in KZN and compete against the rest of the country, we simply can’t do things the way we did before.”