Man with a Purpose 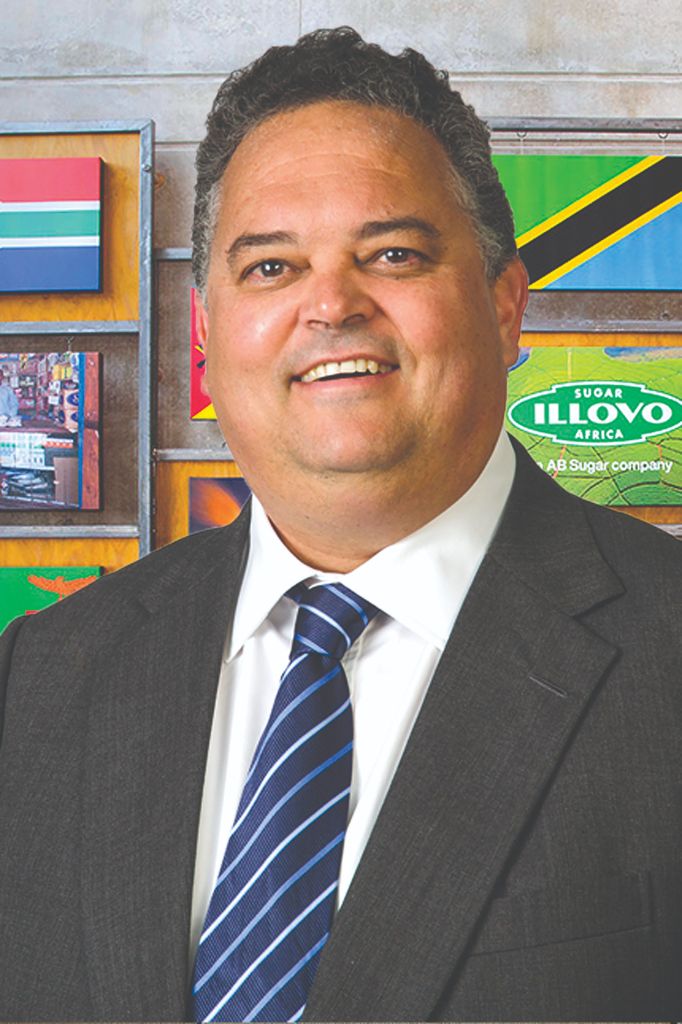 In boardroom parlance, Gavin Dalgleish would be described as a corporate titan, but the man at the helm of Africa’s biggest sugar company is completely sans swagger.

Dalgleish is a 55-year-old Durbanite who loves pedalling along the promenade, fiddling around the house with DIY projects and cooking for his family and friends. He’s kind, clever and easy-going. He is also the group managing director of Illovo Sugar Africa, an African company headquartered in Durban that employs 31 000 people in six countries.

Dalgleish’s father was an instrument artisan who sent his son to George Campbell Technical High School. After school young Dalgleish earned a master’s degree in chemical engineering and his first job was at Illovo’s Sezela mill on the KZN South Coast.

He spent 20 years with the company before being appointed head of an Australian yeast company, but returned to Illovo in Durban in 2010 and was appointed Illovo group managing director in 2013. For the last eight years Dalgleish has been at the helm of a business empire that has spent billions expanding operations in South Africa, Mozambique, Eswatini, Malawi, Zambia and Tanzania.

For someone commanding a company as big as Illovo, Dalgleish is thoroughly understated and shuns the limelight.

“I try not to take myself too seriously,” he said in a recent interview. “I poke fun and try to find common ground, hopefully, to lead folk to a place they wouldn’t otherwise go. Early in my career I learnt the joy of being part of a team. I got people to do things by cajoling and being nice, rather than using rank. It proved effective – and if I reflect on my career I will remember the people rather than the outcomes.”

Massive capex and big engineering have contributed to a healthy bottom line, but Dalgleish relishes the symphony of people and is able to harness this by staying approachable.

“I take the responsibility of what I do seriously. It is an honour and privilege. If I were to succeed, I would define that around issues of custodianship, authenticity, sincerity and legacy. I never pretend to be the complete leader. There’s nothing special about me. I try to get the best from people and leave the worst.

Dalgleish says friends from his teen years keep him grounded and while he’s modest, he’s no shrinking violet. With a keen intellect and a lifetime in agri-processing, he makes for erudite conversation with a revealing emphasis on purpose.

Illovo’s size underscores its responsibility to stakeholders. “It is an economic spine around which many people determine their lives. I feel humbled and grateful to be part of a capable team that delivers to stakeholders.”

Illovo’s goal is to be part of a thriving “pan-African, consumer-centric agri-business”, which Dalgleish says is about engaged partnerships rather than a paternalistic approach to business. He cringes at the sight of arrogant South Africans strutting across Africa. “A balanced relationship between equals, that is the true north of our business. We want a healthy relationship between all the stakeholders.”

Treating Africa as one country is a mistake many make. “Our perspectives are richer through being in six countries. South Africans need to learn a bit of humility. We can be a bit forceful and charge hard. There’s a lot to learn and understand so you can be effective. Being predisposed to learning allows you to be more effective.”

So should we read anything into the fact that Illovo is spending vast amounts elsewhere in Africa and not in South Africa? The answer, in short, is that while the company’s head office is historically associated with Durban, its business elsewhere is much bigger.

Illovo owns more sugar farms in Zambia, Tanzania and Malawi and its sugar brands there are in strong demand.

All this is not to say Illovo’s local operations are without significant impact. The subject enlivens Dalgleish, especially when he talks about a project Illovo is involved in with the SA Treasury to grow more cane on the KZN South Coast.

His colleague, Illovo SA managing director Mamongae Mahlare, announced earlier this year that R126-million had been invested in a project that has resulted in 350 tons of sugar entering the local supply chain and generating an annual income of R80-million. The project was a role model for co-operation between the public and private sector in agriculture that leveraged concession funding, industry investment and loans to seed jobs. In short, a project to develop 3 000 hectares of small-scale grower cane land in KZN, creating 860 sustainable jobs.

“The administration of this money (by the Treasury) has been exemplary. This was last done about 30 years ago and was marked by big business arrogance. Now the community is involved and the stories are wonderful,” Dalgleish says.

It is led by women immersed in the community rather than tenderpreneurs, and their money circulates in the local economy. Among much more, it creates sustainable rural businesses, buys uniforms and builds and paints houses. It was an example of social mobilisation and catalytic funding in a project with good prospects of longevity.

“We are proud of this. Tongaat Hulett has done something similar in Zululand and it talks to the value of rural jobs and the significant role that agri-processing can play in the economy.”

This is a vital antidote to ghastly unemployment statistics that everyone has a responsibility to address. “People need to feel they are part of society, not on the margins. We will not have a workable social model if we have high levels of unemployment – and projects like this are making farming cool again. They enable you to run a business in the sugar supply chain, to be part of a thriving model in rural areas.” *

The benefits of being based in Durban

Q: What does Durban need to do to shine its light brighter on the world stage, without being grandiose?

A: “The city is almost like a member of the family. We all grew up together. Illovo is over 100 years old and our heritage has deep roots in Durban. If you are going to be critical you have to ask what you’ve done to improve things. When I lived in Australia I thought it could be better at certain things rather than look to be validated by outsiders. Durban has a lot to offer. We should be the best Durban. We have a great quality of life with fantastic outdoor activities. We have great schools. Our service delivery is much better than it was. Durban is part of us and we are content to be here.”

Q: It’s often easy to talk about success but it is the mistakes we grow most from. Tell us about one of your biggest blunders and why you are the better off for it?

A: “Because I don’t take myself too seriously, I’ve made incremental blunders. I try to consult incrementally too. I have made some bad choices in respect of some people but I’m quite intuitive and on the whole I think I have got it more right than wrong.”

Q: What are you reading at the moment?

A: A Promised Land by Barack Obama. Obama is great and if I had the chance I’d like to thank him for bringing dignity to Madiba’s memorial. I was at the airport during the memorial and I remember when Obama started talking people went quiet and were drawn to the TV screens. He had the right gravitas.

Q: What do you do when you aren’t working?

A: I try building resilience by spending quality time riding my mountain bike or with family and friends. I like to cook (ala Heston Blumenthal) and do DIY on things that have an easy sense of completion and are a world away from Powerpoint.