Running out of Track 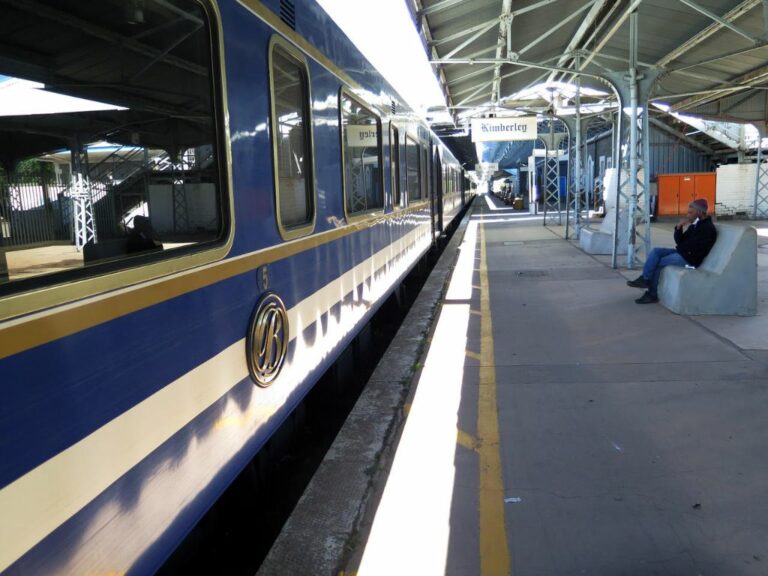 Train enthusiast and Durban photojournalist Rafs Mayet recently caught a ride on the Blue Train, which was once at the pinnacle of passenger rail services in South Africa. Mayet shared his experience with us.

Q: How long did the ride from Cape Town to Tshwane take?

A: Two nights and a day. We left Cape Town at 2pm on a Thursday afternoon, stopped over in Kimberley for three hours on Friday, and arrived in Tshwane on Saturday morning at 11am. The trip for a double suite cost R33 000.

Q: What was the highlight of the trip?

A: There were many. It was a luxurious culinary feast on wheels. I got up early both mornings and watched the sunrise over the many beautiful vistas from the observation car. After that it was just a lot of lying around, reading or watching the ever-changing scenery passing by. Of course, there was lots of eating in between.

Q: How did you sleep?

A: I slept very well on a fold-out bed that doubled as a luxury seat during the day, showing off the clever use of a small space. There are different configurations of the suites on each coach, and I was in one of the deluxe suites which was pretty luxurious but not as plush as the luxury suites – which even included a small bath.

Q: On your ride, 39 passengers were pampered by 23 staff, and you wrote about how disturbing it was to chuff past in a bubble of luxury while people languished outside in poverty. Is there still a space for luxury train travel in South Africa?

A: The gap between the haves and have-nots is an ever-widening chasm with the disparities between the two increasing all the time. I think there is a place for luxury trains amongst other forms of travel, but the state of our railways is of concern as it could really be a game-changer for the economy and would relieve the pressure on our road system.

The damage done to our roads by the relentless daily pounding of trucks, could be alleviated by the judicious use of the railways. We witnessed entire railway stations stripped. But – as dire as it is – I don’t think it can’t be saved. It would take a lot to get it up and running to previously acceptable standards, but that isn’t impossible if there is a concerted, coordinated effort coupled with community education of the importance of the railways in our society.