Rock the kitchen: Check out this Chick 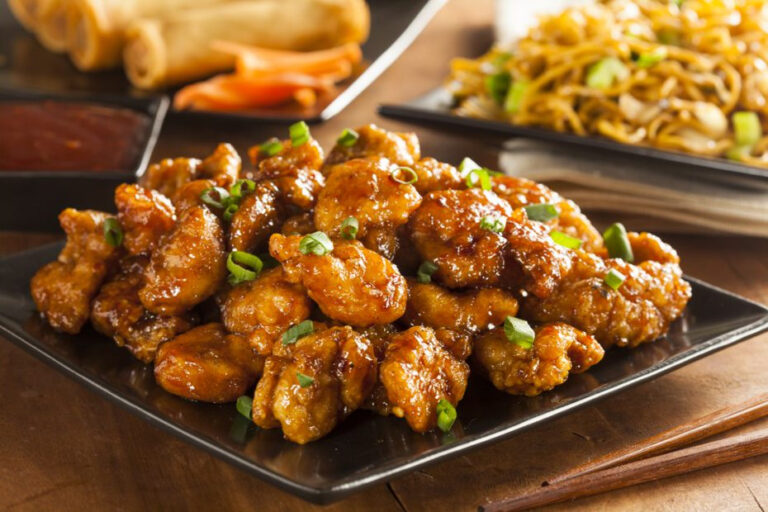 When is chicken not just chicken? When you put a flavour-filled rocket up its backside, that’s when, says Ant Ellis.

This month, it’s all about flipping the chicken script on its head for my signature dish. Jammed with aromatic aromas, mouth-watering sweet and sour tang, a touch of heat with zingy citrus, and of course (if you nail it), tender, juicy meat in a sticky sauce with that crazy-satisfying, subtle crunch. All other chicken dishes, take a knee – you are simply not worthy.

I first came across orange chicken when I was living near Hollywood in Los Angeles. We drove past a pretty mediocre, buffet-style takeaway chain every day, offering a load of Westernised Chinese-style dishes with cool names – things like General Tso’s Chicken, Beijing Beef and Kung Pao Chicken.

I was working driving trucks, living on very little, so when I ate here it was a real treat – well, sometimes. Some dishes tasted good, some were bland and disappointing – but then there was the Orange Chicken. Bingo! It was budget strip-mall chicken nirvana with greasy noods, in a polystyrene box kept closed with an elastic band. Sometimes I’d walk past the store just to get a whiff – yeah, it was that good.

Over the years and in many attempts to recreate not only the taste, but the headspace of that amazing time in my life (food can do that), I’ve worked through a dozen copycat recipes with many of my own tweaks and flourishes – some worked and some didn’t. I eventually settled on what I think is the closest version of this magnificent dish I’ve been able to reproduce, sans the polystyrene and elastic band, of course!

I gotta warn ya – it takes time. There are lots of ingredients and a few processes, and you can’t skip any of it. But I’ll put my cock-a-doodle-doo on the cutting block that you’re gonna absolutely love it. The most important rule here is to be organised – use the right ingredients, understand that your prep is essential, don’t rush – and if I were you, make double. For my veggie friends, sub out the chicken with blanched cauliflower florets and do everything else the same.

Combine all sauce ingredients in a mixing bowl, mix well until sugar is dissolved, and set aside. Prepare your dredging station with two medium bowls: In one, whisk eggs, salt, pepper and 1 tablespoon of oil into a shallow bowl and whisk together. In the second, mix the cornflour and flour.

In a large frying pan or medium pot add enough oil to deep fry the chicken. Heat oil until shimmering (if you have a thermometer, about 190ºC). Once oil is hot, dip chicken pieces in the egg mixture first, then dredge in the flour mix, then add to the hot oil in small batches. Don’t crowd the oil or you’ll cool it down and end up with soggy, oily chicken.

Fry for 3-4 minutes until golden and crispy on the outside. Remove from oil with a slotted spoon and transfer to a cooling rack with a plate underneath.

Discard all but about a tablespoon of the frying oil. Give the orange sauce a mix and add it to the oil. Bring to the boil to thicken. Turn off the heat, and add fried chicken nuggets to the sauce, mixing until well coated.

Serve with jasmine rice or noodles (just follow the packet instructions for either, with a dash of soy sauce), and garnish.

Until next time, don’t let recipes intimidate you. It may take an hour to make and five minutes to devour, but that’s the thing about cooking – it’s always, always worth it.

FOR MORE INFO talk to me at ant@rockthekitchen.co.za.